Well then, any idea which is the most popular Attendant? That's right, it's Kumiho! Due to its outstanding qualities, recruiting it won't be easy. Travelers first need to meet two conditions: 1) Own 200 Spirituality Fruits and 2) Reach Meridian Level 45 before they can recruit it from Centralmount Village. 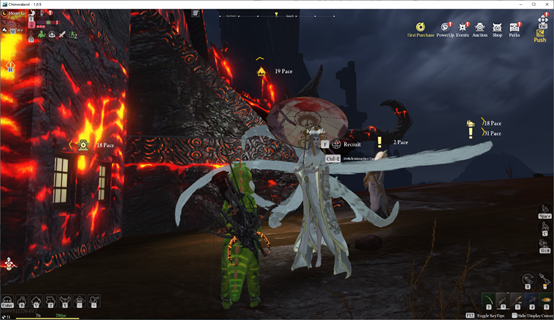 Kumiho is an S grade Attendant which is also the highest quality Attendant in the game. It has a Max ATK of 96, Max HP of 94, and Max DEF of 95, and these qualities are also the maximum an Attendant can achieve. However, Kumiho recruited by travelers will not be at its maximum potential and will require 300–400 Maturity Pills to unlock its max limit. As collecting Maturity Pills costs lots of time and resources, it shows how powerful Kumiho is! Secondly, Kumiho's weapon Virtuoso is in mid-ranged weapons, so though the staff is a good choice, it's also recommended for Kumiho to use the 3-Water staff (Icy Rain, Icy Fog, Thunderstorm) because it has the highest burst damage. Of course, it also comes with a certain disadvantage, and that's a lower durability. So, travelers ought to check their weapon's durability before going into battle to prevent the possibility of a destroyed weapon.

Note: Kumiho will only use the staff's default skills and not skills added later. Lastly, be sure to max out all the staff's Augments bonuses. Now, it's time to say goodbye to all travelers. I sincerely hope that all travelers will be able to get their hands on the much sought-after Kumiho!

We have detected that you are using adblock in your browser on page Game Guide - Kumiho Upgrade Guide you've visited.